This post will discuss a step by step procedure of changing, adding and removing IPv4 and IPv6 address in RedHat and Debian based Linux distributions. As most of the server lacks Graphical User Interface only command line methods are configured here. We’ve used “nano” command line editing tools as “root” user. Use your suitable command line editor and prefix “sudo” to commands if you are not “root” but have “sudo” right to edit configuration file, alter and restart network interfaces.

“ifconfig” display all available network interfaces. By default it’s installed, but if not, it must be installed from “base” repository using the following command

Following is a sample output of ifconfig from CentOS 7.2

In above configuration currently two network interface devices are present. ”eth0” and ”lo”. The interface “lo” stand for loop back device and act as interface for “localhost” that is t communicate within the device itself. So the primary interface device is “eth0” here. In your case this may be venet0 or anything else.

Step 3: Testing the configuration: Use ping and ping6 to check newly added IPv4 and IPv6 address

If all configurations are correct you will get like following figure

For any confusion or wrong explanation please leave a comment or email to admin at “admin”@”serverlog.net” or write author directly to “authorname”@”serverlog.net”. ServerLog welcome all to write here. For more please mail to Serverlog Admin. Thank you for reading us. 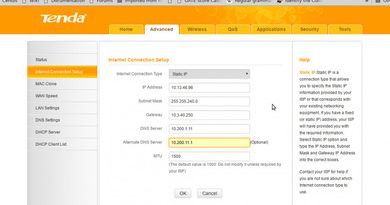 How to set static IP in Tenda N1500 wireless router

How to Synchronize IIT Bombay gpo with Gmail