This short tutorial will demonstrate how to change default command line (bash) editor in Linux and Unix type operating system. Most of the Linux distribution comes with vim or vi as default bash editor. Both are powerful editor, but I don’t like their interface. Here I’m going to demonstrate changing bash editor from vim to nano in CentOS 7.3 environment. Nano (developer’s link) is an advance command line editor with better interface.  Same method is applicable for any other Linux or Unix distribution with bash as default command line.

Same way, you can install nano in Debian and Ubuntu using apt-get

You can find executable binary of any installed package using which as follows.

This will give the location of executable binary location, here “/usr/bin/nano”

If which which is not installed install it as follows

Changing bash editor from vim or vi to nano

Edit or create “.bash_profile” or “.bashrc” in user’s home directory with your favorite editor

Append the file with following

A sample configuration file is as follows 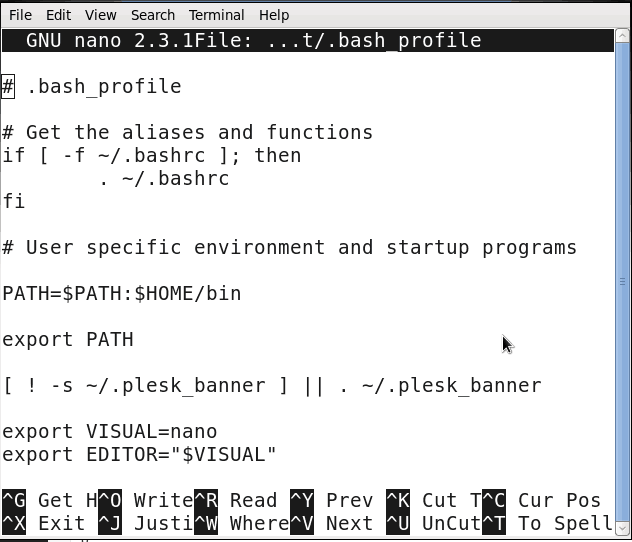 From next time when you log into the system you’ll find nano as your default editor.

You may want to let sure that it’s changed. To check the new default editor first logout from the existing bash session.

Then start a new session and try to edit crontab with the following command.

If everything goes right you’ll find the nano interface as crontab editor instead vim or vi. If this is not in your case please follow the above steps once again

Serverlog thanks you for reading. For any difficulty please don’t forget to leave your comments bellow.

How to Change IP address in Linux

How to Synchronize IIT Bombay gpo with Gmail